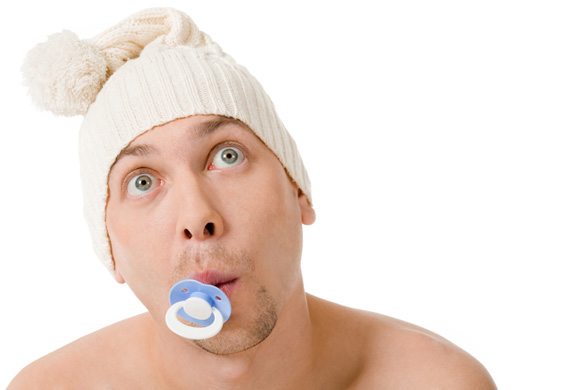 This article is honestly going to be mostly a rant with me standing on top of my soapbox. There will be profanities—many of them to be exact. So if you want to come along for the ride and be entertained, the more the merry. If you want to hop off at the next stop, be my guest. But we need to take a long hard look at this industry we all play in—this gigantic fitness and supplement industry sandbox. It seems over the last few months that this industry has turned into a shit-show. And not because the products are changing, but rather the people.

I sat here at my desk looking out the window at the landscape debating if I even wanted to touch on this topic. I eventually let my thoughts gather enough to decide it needs to be said. There are a bunch of assholes and pieces of shit in this industry (commence the profanity)—we all know who they are, they themselves even know who they are. These people do nothing but go around talking shit about everyone and every company out there. You have content sites verbally jabbing each other on social media. You have individuals calling each other names. It makes me look around and make sure I’m not sitting in a high school classroom somewhere.

The good, the bad, and the UGLY

I’ve never been one who wants to create drama. In fact, I’m probably a rarity when it comes to the industry as I like to stay behind closed doors and mind my own business. However, if I’m out at an event, I’ll hang out with my friends who are competitors all day long. They’re friends. It’s personal at that point with friendships, and has nothing to do with the business side of things where some people simply don’t want to associate with another individual trying to steal their sales. I enjoy the friendships I have in the industry and talking with others who share a common passion for health and fitness. Sure, we may talk a little business, but mostly it’s about common interests and hobbies. I’m not out talking shit about companies or people, what’s the point? What would I gain from doing so? If you’re a scumbag, everyone already knows you’re a scumbag. So why would I waste my breath on you? Trust me, there are so many people I could throw under the bus in this article but I’m not going to, because you probably already know a bunch of people who you would have found in this article had I decided to put their names in.

With the advent of social media, everyone all of a sudden has a puffed out chest as if they walk around at 300 pounds and totally jacked. Everyone is a tough guy online. Until you see them in person and all of a sudden all you hear are crickets and they’re looking for the closest exit. That big tough guy all of a sudden cowers in the corner like a little bitch who doesn’t want to get punched in the mouth for acting like Billy Badass on social media and in the forums. What’s even more despicable? Many of these people are business owners in the industry trying to flex their muscles. There’s no need for it. If you have to talk shit it’s because your company is weak and needs the attention, otherwise you would let your brand and company speak for itself. The fact that you have to go out of your way to talk about someone shows you’re not strong enough. What you’ve created is a failure thus far. And you feel the only way to feel better about yourself and your company is to try and verbally slander other people in the process. It makes you a coward. It shows you don’t have what it takes to be a business owner and create success.

Take a step back and RELAX

People and business owners (and/or the cronies who work for them) in this industry need to relax. There’s enough money to go around. What do you gain from being an asshole to everyone as if they are all conspiring to come after you and your business? More than likely, no one even cares about you. No one cares about your business or how bad it’s failing because you are at the helm. While this industry is already over saturated, the nonsense going on these days with beefs and battles trying to steal sales and followers/fans is childish. Content websites are even poking sticks at each other! It’s insane.

There will come a time where many brands and companies will go out of business. Not everyone can survive the ups and downs. They could have great products, but it’s the people behind the brand that will eventually kill it. True colors eventually shine through. And if you’re a bad person, that will come through sooner or later—and everyone will see you unravel.

My thoughts? Take a good long look in the mirror before you open your mouth in this industry. Don’t shit where you eat. Are you the type of person you’d want as an ambassador for the industry or do you have so many skeletons in your closet that you need to take a back seat, stay in your lane, and focus on growing your business without drawing attention to yourself? You only get one shot in this industry to make a first impression. All you have is your reputation and your integrity. If you lose them both, well, then you’re probably one of the people I’m talking about.