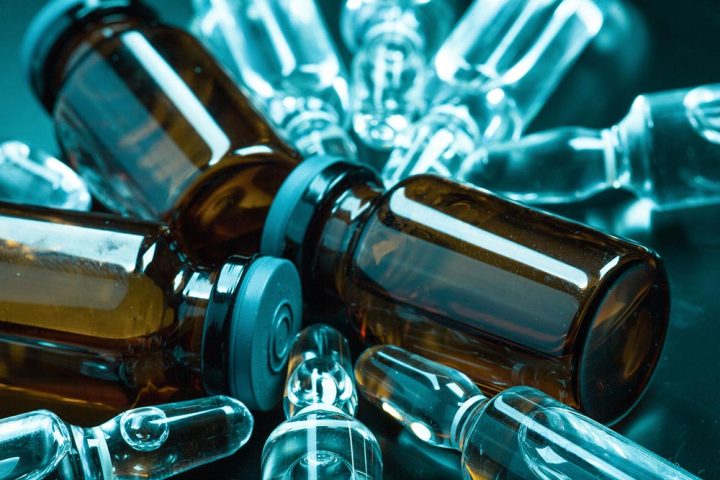 The year was 1954 and American physician, Dr. John Zeigler, had made his way over to Vienna, where the U.S. weightlifting team would be competing in the World Championships. During the competition, John struck up a conversation with the head physicist of the Russian weightlifting team, who took a liking to John and asked if he wanted to meet up later for drinks to discuss mutual interests. Not willing to miss an opportunity to pick the brain of the one who helped carry the Russian’s to Olympic dominance 2 years prior, John was more than happy to oblige.

That night the vodka may have flowed a little too freely, as both men openly probed for information in order to discover what edge the opposing team might have. After repeatedly asking John what he was “giving” his athletes, John made the same inquiry. Likely assuming that the U.S. was already taking similar measures, the Russian readily admitted, in a most unwise fashion, that he had been providing his team with testosterone. This was all John needed to hear.

After getting back to the U.S., with the permission of head coach Bob Hoffman, John decided to experiment with low doses of testosterone on select members of the U.S. weightlifting team, which included the well known John Grimek, as well as Bob Hoffman himself. Although the results were significant, the side effects were considered to be too severe, which prompted John to come up with an alternative—one capable of providing equal or greater results, but with a superior side effect profile. As a scientist and employee of the pharmaceutical company Ciba, John had access to old Nazi steroid research, which had been confiscated by the U.S post-WWII. After a bit of tweaking, John invented the now infamous Dianabol, which Ciba released as a prescription drug in 1958. As of this writing, Dianabol remains the only steroid ever produced by a pharmaceutical company solely for the purpose of performance enhancement.

Making a return trip to York Barbell to see Mr. Hoffman, John brought with him a bag full of pink pills, which kicked off a new round of experimentation on the York boys. Being instructed to take 3 pills per day (totaling 15 mg) for 6 weeks consecutively followed by one week off, the lifters were placed on comprehensive program which, in addition to their regular training, involved both hypnosis and isometric exercise. As an intelligent man and with the goal of evaluating Dianabol’s effectiveness as a performance enhancer, John should have known better than to introduce 3 new variables at once. Although this rather unscientific method of investigation made it impossible to determine Dianabol’s true relevance in these experiments, it was readily apparent that something was going on, as the men gained new strength in uncharacteristic fashion.

John continued on with his experimentation at York for a few more years, but after learning that some of the lifters had been using up to 20X the recommended dose (a result of self-administration without accountability), he saw were things were headed and began to lose interest. Shortly thereafter, John made a permanent exit from the Iron Game. While John was only involved for a relatively short period of time, he played a pivotal role in bringing steroids to the strength and BB’ing communities; a decision he later came to regret. 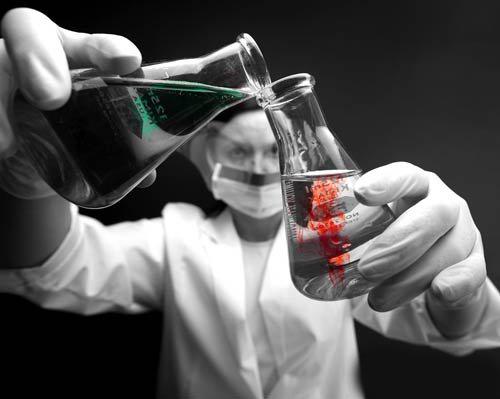 By this time steroids had spread to the other side of the country, landing in sunny California—the land of the BB’rs. Still, there use was far from widespread, being known and used by only a small contingent of BB’rs. It is rumored that the great Bill Pearl was one of the first BB’rs to use AAS strictly for muscle growth, who had made considerable improvements around the same time that the York crew was under the tutelage of Dr. John Zeigler. In old interviews with Bill, he was quick to confirm the early presence of Nilevar; an old-school steroid made popular by the BB’rs in the area at that time.

During the first few years of the 60’s, steroids were still relatively unknown, even by most BB’rs and strength athletes. However, it didn’t take long for rumors of a new miracle pill to make its way through this close-knit community and by the mid-60’s most of the top BB’rs and strength athletes were using some form of AAS. This became readily evident with just a brief comparison between BB’rs of the 50’s and 60’s, as the level of development displayed by the later made earlier devotees of the sport look like beginners. A new era had begun; one which changed the game and in the process forced every competitor to make a choice between chemical acceptance and increased odds of success, or rejection and likely failure.

As we moved into the 70’s, steroid use within the BB’ing and the strength communities was rampant, particularly among high-level competitors—to the point where more athletes were using the drugs than not. Today, there is an ongoing misconception that BB’rs from this era were some kind of choir boys, who used minimal doses only when preparing for a competition. The truth is that BB’rs were no different back then than they are today. Most were risk-takers and willing to push the envelope if it meant gaining an advantage over their fellow competitors. Arnold was once quoted as saying “I would eat a pound of shit if it would help me gain one pound of muscle”. This aptly sums up the mentality of the day.

Over on the other side of the world, East Germany was about make a name for itself by becoming the most dominant force in the history of Olympic sport. Starting in 1972 and ending with the fall of the Berlin Wall, East Germany was responsible for implementing the largest government-funded and controlled doping policy in history, otherwise known as State Plan 14.25. With a population of roughly 17 million, the East German’s won a total 384 Olympic medals, despite boycotting the 84’ Los Angeles games. While this monumental achievement remains the single greatest sporting success of any country either past or present, this success had unintended consequences. Aside from the international ridicule that accompanied public knowledge of the doping scandal, there are many who think—myself included—that the Germans took things a little too far, particularly when it came to the female competitors. 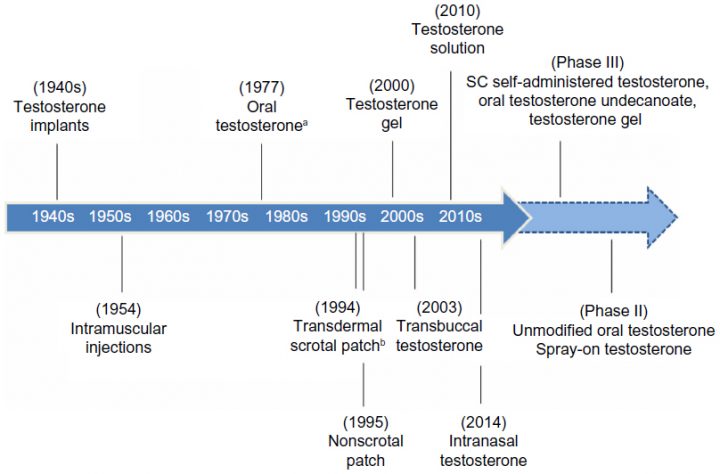 As a state-sponsored policy, East Germany spared no expense in making sure its athletes were provided with every possible advantage. An advanced potential assessment system, access to top trainers and coaches, the best in medical care, state-of-the-art training facilities, and of course, chemical support were all part of a well thought out, comprehensive program designed to ensure that each athlete performed to the best of their ability. Unfortunately, this sometimes meant that the athletes were subjected to practices which were not in their best interest from a health standpoint. Young girls, starting as early as age 11, were systematically doped without their knowledge or consent. Parents watched in dismay as their daughters abruptly broke out with acne, grew excessive amounts of body hair, began speaking in deeper voices, failed to achieve proper breast development, developed an abnormal degree of muscle mass, and did not get their periods long after other girls their age had come into womanhood.

With a public that was nearly completely ignorant regarding the existence of AAS, the cause of these symptoms were covered up, as government employed medical examiners intentionally misdiagnosed the condition as being untreatable and unrelated to their athletic training. As a result, many girls ended up with serious health problems later in life, including infertility, liver issues, and emotional/psychological problems. Some, due to the severe masculinization they experienced as a result of this long-term doping, went on to have sex changes, as they felt it was better to move onto a new life rather than forever lament their lost femininity. The severe masculinization suffered by many of these women was well known to their competing rivals, who after seeing them in the changing rooms at sporting events, went on to start a long-running joke that maybe they had entered the men’s locker room. Never the less, Germany kicked some major-ass for nearly 20 years and set the bar so high that for a time, other nations began to wonder if the German’s really were the genetically superior race.

While Germany was racking up wins at the Olympic Games in the 70’s, American BB’rs were walking to the beat of their own drummer. In what some refer to as the “Golden Days” of BB’ing, oral AAS were the bread & butter of most steroid regimens, with Dianabol in particular being viewed as a basic staple for those desiring increased size & strength. It was not uncommon for guy to use 100 mg per day or even more, but unlike today, 4-6 week cycles were not the norm. Instead, most BB’rs would run orals for 16-20 weeks or even longer, while using the pyramid system of dosing. The myth that BB’rs would use AAS only immediately before a competition is just not true. While some certainly did so (usually later in their careers, after they had already built up their muscle mass), the majority would use steroids throughout the year in order to maximize progress. However, in contrast to some of today’s BB’rs, time off was considered standard and all pros did so, but without PCT in the picture the recovery period was a bitch, to say the least.

Who would have thought that from the time John asked Bob Hoffman to provide Dianabol to the U.S weightlifting team until Arnold won his 2nd Olympia title, that steroid use would have grown from a 5 man experiment into a world-wide reality at both the individual and government level. Only 16 years had passed, yet the sporting world would never be the same…and to think it all started over a bottle of Vodka.